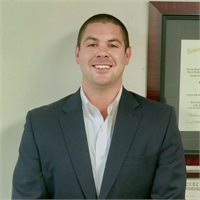 Ed Peagler is the President of E.P. Wayne Financial Group. He holds his Series 7 and 66 securities registrations along with his life, accident and health insurance licenses. As President, Ed takes a leading role in all aspects of the planning and financial services the firm offers.

Ed grew up in Manning, South Carolina, which is a small town located about an hour south east of Columbia. Manning is the county seat of Clarendon County and is known for its large bordering presence on Lake Marion. It is here where Ed developed his passion for fishing and other outdoor activities. He received a Bachelor of Science degree in 2009, from the University of South Carolina. This was a unique time for a college graduate to enter the work force. Ed says it was tough job market back then, as the global economy was beginning its recovery from one of the largest financial collapses it had ever seen. However, Ed soon accepted a position with an insurance company in Columbia, specializing in Medicare Supplements and Long Term Care insurance. Ed says that it was an eye opening experience and one where he found great self purpose while sitting down, consulting, and providing insurance solutions for families throughout the state. In 2011 he received his CLTC (Certified in Long-Term Care) designation. He studied for and received his series 7 and 66 securities licenses in 2013 and accepted a job as a Financial Advisor for one of the largest brokerage firms in the country. After nearly half a decade with the firm, Ed realized that the opportunity to provide greater value to clients was through the independent side. He joined LPL Financial in March of 2017 and opened E.P. Wayne Financial Group in Columbia.

When he is not in the office, Ed says he enjoys being with his family, playing golf, hunting and spending time on the water. Also, as a proud alum, he enjoys rooting for all of the Gamecocks' athletic teams.